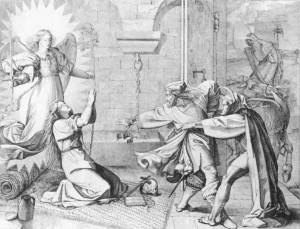 Anthroposophical Perspectives on Goethe’s Faust, a weekend workshop with Frederick Amrine – April 8-10, 2016 – Suggested donation $50 for the weekend or $20 per day at the Rudolf Steiner Branch 4249 North Lincoln Avenue. Chicago

Friday April 8th, 7pm-9pm “Faust as a White Magician: Re-enchanting the World” is about Goethe’s Faust as a critique of Baconian science and as precursor of a science of the spirit.

Saturday April 9th, 2pm -4pm “Faust at the Thresholds: Overcoming the Red Devils and the Black Devils” centers on the mystery of evil, specifically the temptations of Lucifer and Ahriman as described by Rudolf Steiner.

Sunday April 10th, 2pm – 4pm “Rudolf Steiner on Faust in the Light of Mystery Wisdom” explores Steiner’s great contribution to Faust scholarship – seeing the work as a revelation of the teachings of the Greek mystery religions.

Frederick Amrine is Arthur F. Thurnau Professor in German Studies at the University of Michigan, where he teaches literature, philosophy and intellectual history. He has an international reputation as a scholar of Goethe. 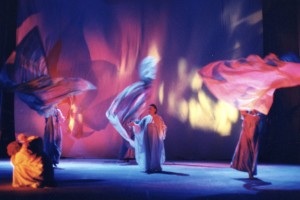 Lemniscate Arts presents: Opening the Realm of New Mystery Drama –The Working of the Spirit – Saturday May 21 and Sunday May 22, 2016

10:30am to 6:30pm Each day is a staged reading in full with breaks, of the new drama The Working of the Spirit. At the Rudolf Steiner Branch of The Anthroposophical Society, 4249 North Lincoln Avenue. Chicago. Contribution $15.00 – $45.00 per presentation

During the past four years separate initiatives have been underway by artists devoted to the work of Rudolf Steiner to create new mystery dramas based upon Rudolf Steiner’s four Mystery Dramas.

A trope of actors will arrive in Chicago to rehearse May 18, 19, & 20 with the readings happening May 21 & 22. They are filling in some of the parts with local actors. At this time the part of Felix is still open. If you are familiar with this character from Steiner’s Mystery Dramas & would like to read this part contact director Marke Levene 707-695-2969

The troupe is also looking for housing in Chicago. If you have space for an actor to stay in your home contact Barbara Richardson brichardson@centerforanthroposophy.org

A Mystery Play is a dramatic form that has been passed down through the ages. It differs from other plays by showing on stage the connection between the spiritual world and the earth; it reveals the activity of the spiritual beings who work from the heavens to help or hinder human beings in their earthly lives.

The 1st Stage: (Part 2 of the 12 part series) Encountering the Inner Layers of the Earth as a Rosicrucian/Christian Initiation, in relation to the Beatitudes and the 9-fold human being.

The 1st stage in what Steiner calls “The Christian Initiation” has qualities described in ‘How to Know Higher Worlds’ as Reverence. It is a preparatory exercise of a moral character, relating to the scene where Christ washes the feet of the disciples before the Passover Feast – an example of the profound humility & devotion of the Master to His disciples & the work.

In a deeper sense, the story relates to the evolution of all beings in Nature. The scene is really a reference to a profound occult law that says: ‘The higher is a product of the lower’. At 1st this may seem counter-intuitive, but when we really think about it, we see that the plant could not exist without the mineral, the animal needs the plant. And humanity sustains life from the plants & animals.

So the esoteric meaning of the 1st Stage called ‘The Washing of the Feet’ is that the Cosmic Being of The Christ, because of His vastness, could not have accomplished His great deed on earth without being centered in the circle of the 12, an earthly representation of the zodiac.  We see this same configuration in the initiation of Christian Rosenkreutz – another example of a sacred container for the spirit. The higher needs the chalice of the lower to support it.

This stage corresponds to the physical body & to the 1st layer of the inner earth, called the Mineral Earth. This topmost layer is like an eggshell containing everything known to natural science. Thin & fragile, it allows volcanic eruptions from deeper layers to emerge.

Rudolf Steiner felt compelled to speak for the 1st time about the interior of the earth at Easter in 1906, because Mt. Vesuvius had just erupted on April 6th. The San Francisco earthquake hit on April 18th. Valparaiso Chile had an 8.2 magnitude quake August 16th, & then the next day, the Aleutian Islands got struck by a devastating magnitude 8.35 quake.

So even though these signals were loud & clear that the topic of the interior of the earth was calling out to be heard & heeded, Steiner found his audience reluctant or unable to engage in this intense, difficult topic at that time.

He then began to work with Christ’s ‘Sermon on the Mount’ in connection with this theme; regarding the Beatitudes as the antidote, the medicine needed to work in these realms.

Steiner came to see that the 1st Beatitude is the remedy for this 1st layer of the inner earth: “Blessed are the poor in spirit, for theirs is the Kingdom of Heaven”

Ok, sure, I went to bible school as a child, I remember the Sermon on the Mount, I’ve heard these Beatitudes before, but I was never really able to penetrate them. So I was thankful that Steiner took it upon himself to re-work them for our understanding:

Steiner B1: “Blessed are they who are beggars for the spirit, for if they develop their Ego ruled outer bodies in the right way, they will find within themselves the kingdom of heaven.”

And so we realize that we are not meant to beg for material things; we must strive for knowledge of the spirit. This is the 1st step, which leads to a ripening of our Ego forces, which will then begin to work down into the physical body, so we can become the grail that holds ‘the Kingdom of heaven’ within. – We see the achievement of this in stages 8 & 9.

Steiner tells us that there are certain symptoms or indications that give proof that the aspirant is on the right track. The affirmation for this 1st stage of initiation comes when, thru meditation on the theme of ‘The higher as product of the lower’, the neophyte gains a vision of the Washing of the Feet in the astral world during sleep.

Then the candidate is ready to pass to the second stage of the Christian initiation.

Tomorrow we will investigate further