1 October 2016 – Astro-Weather: The Moon’s absence from the morning sky these next two weeks provides observers with an excellent opportunity to view the zodiacal light. From the Northern Hemisphere, the time around the autumnal equinox (which occurred last week) is the best for viewing the elusive glow before sunrise. It appears slightly fainter than the Milky Way, so you’ll need a clear moonless sky & an observing site located far from the city. Look for a cone-shaped glow that points nearly straight up from the eastern horizon shortly before morning twilight begins (around 6:30am CDT). The Moon remains out of the morning sky until October 15, when the waxing gibbous returns & overwhelms the much fainter zodiacal light 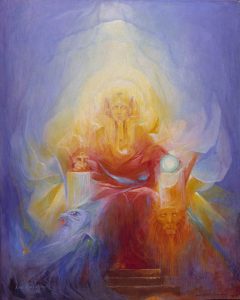 Looking at the past to see the present, co-creating the future:

“History, historical life, will only be seen in the right light when a true consciousness of the connection of the so-called living with the so-called dead can be developed” – The Living and the Dead by Rudolf Steiner, Berlin, 5th February, 1918

286 -Feast Day of Saint Piatus,  a Belgian saint, native of Benevento, Italy, Tradition states that he was ordained by Dionysios the Areopagite. He was martyred under Maximian by having the top of his skull sliced off. He may be recognized in depictions holding the sliced portion of his skull. Some of his relics can be found at Chartres Cathedral

1814 – Opening of the Congress of Vienna, intended to redraw Europe’s political map after the defeat of Napoleon the previous spring 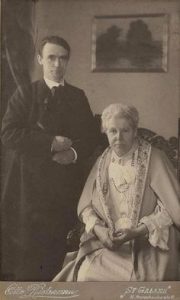 In 1890 Besant met Helena Blavatsky. She became a member of the Theosophical Society & a prominent lecturer. She established the first overseas Lodge of the International Order of Co-Freemasonry, Le Droit Humain. Over the next few years she established lodges in many parts of the British Empire. In 1907 she became president of the Theosophical Society, whose international headquarters were in Adyar, Madras. She also became involved in politics in India, joining the Indian National Congress. When World War I broke out in 1914, she helped launch the Home Rule Leagueto campaign for democracy in India. This led to her election as president of the India National Congress. In the late 1920s, Besant travelled to the United States with her protégé & adopted son Jiddu Krishnamurti, whom she claimed was the new Messiah & incarnation of Buddha. Krishnamurti rejected these claims in 1929. She is thought to be the reincarnation of Giordano Bruno

1890 – Yosemite National Park is established by the U.S. Congress

1928 – General Secretary Joseph Stalin of the Soviet Union introduces its First five-year plan, including the creation of “kolkhoz” collective farming systems that stretched over thousands of acres of land & had hundreds of peasants working on them. This essentially destroyed the kulaks as a class, & also brought about the slaughter of millions of farm animals that these peasants would rather kill than give up to the gigantic farms.

To meet the goals of the first five-year plan the Soviet Union began using the labor of its growing prisoner population.

This disruption led to a famine in Ukraine, Russia, Kazakhstan as well as areas of the Northern Caucasus.

1957 – First appearance of In God we trust on U.S. paper currency 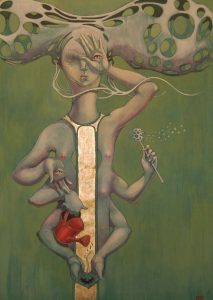 My POD (Poem Of The Day)

~A word, a vibration, a message

Is coursing thru my blood

The rust in my veins causes combustion

For the cosmic iron to etch itself into my palms

Activating my limbs – Forging my will to awaken 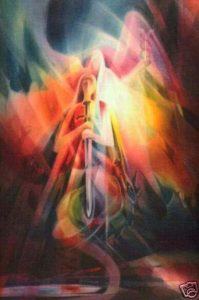 At the fall equinox, when the sun enters the constellation of Libra; the sign of the scales, human beings are indeed weighed on that stern measure. Will our inner strength hold up, when the support of nature is withdrawn?

During the growing season nature supports our human consciousness, it’s a gift given to us from the cosmos, but for the harvest we must work to fashion our own self-consciousness, if we are to remain inwardly awake.

Spiritual Science tells us that human consciousness is ever evolving. Less than 150 years ago, 137 to be exact, humanity experienced a huge shift in consciousness.

And so it was, around the end of the 19th century, that the fixed date of September 29th came to be called: The feast Day of St. Michael & All the Heavenly Hosts. The old legends always preface the famous story of the battle against the dragon, with an enumeration of the 9 angelic realms, with Michael standing before us as the King & herald of all the hierarchies.

And so as we strive to create the festival of the future which we call Michaelmas, we are invited to stand in balance between the light & the dark, to look back to the fruits of the past, & to prepare by looking to what is coming toward us from the future.

To look where we have been & to where we are going. To contemplate the angelic choirs – that we may look to our future selves – that we may think, here & now, that step by step, we can courageously build our own strong & steady rung on the ladder of evolution, teaching us to count the human being as the 10th hierarchy.  It is to this that the mighty sun-being Michael directs our gaze.

More from the lecture tomorrow

I leave you with this offering from ‘Cosmic Christianity’, by Willi Sucher shared by the Astrosophy Center Michael & Astrosophy

4 thoughts on “Forging my will to awaken”