15 July 2016 – ASTRO-WEATHER –The southern skies host a Waxing Gibbous Moon, accompanied by the ringed-planet Saturn just below & a little left. Farther, but directly below the Moon is the red star Antares, while well to their right is the rusty-orange Mars. This group will be even closer together on August 11th 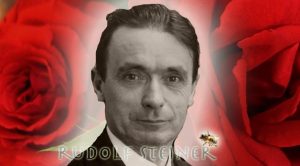 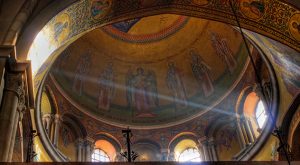 1381 – English Priest John Ball, a leader in the Peasants’ Revolt, is hanged, drawn & quartered in the presence of King Richard II of England whose posthumous reputation was shaped by Shakespeare, in the play Richard II 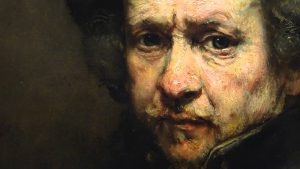 1741 –Aleksei Chirikov a Russian navigator & captain sights land in Southeast Alaska. He sends men ashore in a longboat, making them the first Europeans to visit Alaska

1823 – A fire destroys the ancient Basilica of Saint Paul

1834 – The Spanish Inquisition is officially disbanded after nearly 356 years 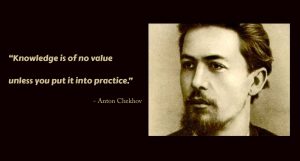 1979 – U.S. President Jimmy Carter gives his so-called malaise speech, where he characterizes the greatest threat to the country as “this crisis in the growing doubt about the meaning of our own lives and in the loss of a unity of purpose for our nation” but in which he never uses the word malaise

“…In a nation that was proud of hard work, strong families, close-knit communities, and our faith in God, too many of us now tend to worship self-indulgence and consumption. Human identity is no longer defined by what one does, but by what one owns. But we’ve discovered that owning things and consuming things does not satisfy our longing for meaning….

I’m asking you for your good and for your nation’s security to take no unnecessary trips, to use carpools or public transportation whenever you can, to park your car one extra day per week, to obey the speed limit, and to set your thermostats to save fuel…. I have seen the strength of America in the inexhaustible resources of our people. In the days to come, let us renew that strength in the struggle for an energy-secure nation. . .”

the seed in every thing

the rhythm of flowers

the old story that never ends…

i live in the open palm of strangers

as i reach down & pull up 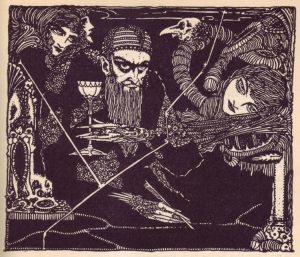 And so today I leave for Dornach to be part of the International Faust Festival at the Goetheanum! Which has inspired today’s offering:

The first part of “Faust” displays the mood of a man who is tired of material existence, who suspects there are deep mysteries to life, but can’t penetrate them. Then we see how Faust lets himself be influenced by those signs which surround him, yet he is not ripe enough to really feel this spiritual environment. Still he suspects that the planet Earth is not simply the physical globe described by natural science, it has within it a soul, just like him.

“In the currents of life, and action’s storm,

I float and wave

Birth and the grave,

And weave the life-garment of deity.”

Goethe presents to us a Faust that is incomplete, a human being that must strive ever higher, just as Goethe did when he traveled south on his famous journey to Italy. Goethe, like Faust, makes the effort to know the spirit behind nature, this is shown in his work before the completion of the second part of “Faust”; & of course, his progress is revealed in the second part. Most folks have no idea of the eternal wisdom embodied in this second part, a wisdom to which Goethe could only reach in the evening of his life, leaving it as testament behind him. In response to this blindness on the part of society Goethe said:

“My Faust some people praise

And what not else

That I in writings phrase

To their advantage tells.

There’s more in it.”

After Goethe has introduced his Faust to Mephistopheles & the beginnings of his spiritual striving, he takes us thru the Gretchen-tragedy, which then leads Faust out into the great, exterior world — the world of the Emperors Court. And then into the true spiritual world of the super-sensible.

After Faust has passed through the events in the Imperial Court, he wants to meet the spirit of Helena, who lived many centuries ago. She has to be found for Faust. But that is impossible in the physical world; so Faust must descend into the spiritual world. Mephistopheles has the key to that world, but cannot enter there himself. He can describe it -a word is sounded & Faust must descend to the Mothers.

Who or what are the “Mothers”?  This could take life-times to describe, but in a nutshell, the Mothers are, for spiritual science, what we meet when our spiritual eyes are opened. When we enter the world of spirit we merge with the essence from which all things are born.

Mephistopheles represents the kind of Ahrimanic intelligence able to understand only the physical, though aware of the existence of a spiritual realm, he is unable to enter it. Mephistopheles stands at the side of Faust, just like how today he stands by the materialistic thinker, saying: ‘Pshaw, there is nothing real in the ‘spiritual’ – you are only dreaming!’ To this the Spiritual investigator must say: “In your nothing I hope to find the All.” These two powers stand in opposition internally.

When Faust descends into the realm of the Mothers — the spiritual world; he succeeds in bringing up with him the spirit of Helena. But he is not ripe enough to unite this spirit with his own soul. He can only embrace the archetype of Helena with sensual passion. This sets him back. That is the fate of every one who seeks to approach the Spiritual World harboring personal, egotistical feelings; they are repelled, like Faust. We must first mature- learning the real relationship between the 3 members of the human being’s nature.  That is the lesson Faust must learn -to truly embrace the archetype of Helena -the immortal, the eternal, which passes from life to life, from one incarnation to the other. Only then can he become united with the immortal spirit.

In this way we can see how Faust is led by the Homunculus to the classical Walpurgisnight, to begin to receive the true teaching of evolution. Homunculus receives the counsel: You must begin with the lowest kingdom & rise higher & higher. The human soul is, in the first place, sent to the mineral kingdom. There we are informed that we have to pass through the vegetable kingdom: There the soul gathers all the natural elements to develop further.

Only after that can we hope to see Eros, the spirit of love, approaching us -after the soul has formed the body from out of the kingdoms of nature. Body, soul & spirit are then united. The soul of the Homunculus, with its newly organized body, comes into union with the spirit of Helena who now, in the third act of the second part, can appear to us, incarnate. The teaching of reincarnation is artistically & practically interspersed in the second part of Faust. One cannot unite with Helena by approaching her with stormy passion, we must experience the mysteries of existence in reality to be able to pass thru to rebirth.

But this soul must go on – severed from all that is only personal desire. As long as there remains one selfish aim, one tinge of self-will, we will fail to perceive the spiritual world. Until we can say as Faust did “that now I stand upon the free foundation; I will endeavor to gain from nature everything that I can use for the benefit of others.”

Yet, as he gazes at the hut of Philemon & Baucis, it shows what can happen when his false ego, which wishes to selfishly experience the  pleasure of an unobstructed view, is not yet under control -The spirit of evil once more approaches him. The hut is destroyed by fire. Now he meets the anxiety which greets anyone still harboring selfish aspirations, preventing an ascent into the spiritual world. This is shown to us by Faust’s blindness in old age; his physical sight has gone, but now he can see the spiritual world. Night penetrates deeper & deeper, but within, is a bright light, capable of illuminating the world in which the soul lives between death & birth  — the realm of the Mothers. Only now can Faust commence his journey into the spiritual world, so beautifully presented by his ascension.

In the chorus mysticus, Goethe shows what Faust has achieved in the time of his striving, when he was 1st sick of science & turned away from it, till he gained spiritual perception. Here condensed in a few words, is the key to all the world mysteries -how everything temporal is only a symbol for the eternal. What the physical eye can see is only a glyph for the spiritual, the immortal, a sign pointing to the knowledge of reincarnation.

In Goethe final words, we touch that Great Fact, that we must seek the Eternal-Feminine, which aspires to union; to become one with the Divine-Spiritual. “The ineffable wrought in love.” That is the great secret expressed by Goethe in the words:

“All that is changeable

Here is passed by;

Draws us an high”

With this Goethe completed his life’s work. It was only after his death that it was given to humanity, & we will need to concentrate deeply, with the help of  Spiritual Science, in order to penetrate the mysteries of this powerful work.

Sourced from a Lecture given by Rudolf Steiner given in Strassburg, on January 23rd, 1910 -‘Goethe’s Faust’ from the Point of View of Spiritual Science

Until my return Aug. 15th