23 June 2016 “The most effective way to destroy people is to deny and obliterate their own understanding of their history.” ~George Orwell 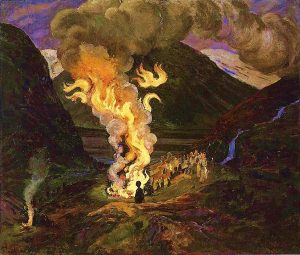 “For Everyone: We aren’t satisfied with simple answers to complicated questions today as curious Mercury forms an irritable alignment with unrelenting Pluto. Embarking on a hero’s journey to uncover the original source of a sensitive issue is an admirable strategy unless our detective work turns compulsive. Thankfully, the emotionally detached Aquarius Moon enables us to approach our problems conceptually and increases our chances of finding the truth”. ~R.Levine

1868 –Christopher Latham Sholes received a patent for an invention he called the “Type-Writer.”

1910- Birthday of Jean Anouilh. One of France’s most prolific writers after World War II, much of Anouilh’s work deals with themes of maintaining integrity in a world of moral compromise. Though his work ranged from high drama to absurdist farce, Anouilh is best known for Becket or Honour of God & his 1943 play Antigone, an adaptation of Sophocles’ classical drama, that was seen as an attack on Marshal Pétain’s Vichy government.

1960 – The Food & Drug Administration declares Enovid to be the first oral contraceptive pill in the world – recalled in the U.S. in 1988, along with other first-generation high-estrogen COCPs 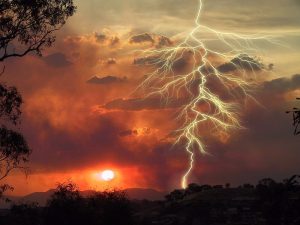 ~The Spirits of Will flash code in the lightning

Truth in the deep rolling thunder

The Gnomes know its Midsummer

& steam up in a vital whiff

Of ozone wafting in the moist air

Filling my breath with purple sky 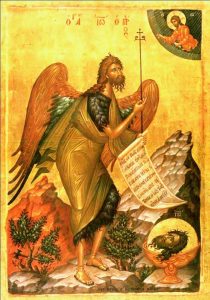 So many forces interweaving in the imagination of St. John’s Eve, but I think I’d like to center on the idea that, in the new mysteries we strive at St. John’s Tide toward an enhanced awareness of our will forces – Rudolf Steiner speaks about how we are dreamy in our feeling & asleep in our willing, so we really have to make an effort to follow John the Baptist & ‘make straight the path’, an effort to enable the higher ego to come to expression ever more fully in the mysterious recesses of our personal priorities with respect to our will.

The summertime union between the sun & earth is actually a re-union between the spiritual beings of the sun & their human offspring. In the Summer-Tide, through ‘the great window of heaven’ we experience this interaction between humanity & the sun forces, which helps us develop an awareness of our ego. We can contemplate this dynamic & bring it to life in our soul most strongly at this time of year.

Rudolf Steiner tells us that at midsummer the Trinity reveals itself out of the heart of this cosmic activity. A sounding, like the music of the spheres, that calls us to explore our own inner harmony with the cosmos. To answer the echo that unites us to the eternity of the Trinity.

Also important: Can we learn, to be still & small enough to hear the voice of conscience?

At the fullness of Summer, the light is so bright that it leaves no room for the shadow to hide. High Noon is the hour of judgment – a good time to remember what John said “Then you will know the truth, & the truth will set you free.”

So as we lift up our hearts to meet ‘the heights & depths of the universe’, where we feel ‘Not I, but Christ in me’ – To say as John the Baptist said “He must increase, but I must decrease” we respond to the summertime call for a yearly reviewing of our deeds, looking with courage to the errors of the past, enduring all the pain self-knowledge brings, so that someday, with hearts lifted, we may say:  Yes, I am, and Christ in me!

For the true power of our Ego will increase like Christ increases. And when our false ego decreases, we grow in Christ. Just as John the Baptist, after he was beheaded, concentrated his spirit self into the apostles, especially Lazarus John. 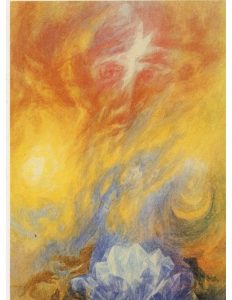 with special guest Robert Karp, Co-Director of the Biodynamic Association.

How do we stand wakefully within the sublime mysteries of summer and St. John’s tide? Who is the mysterious archangel of Midsummer described by Rudolf Steiner and what is his relationship to John the Baptist? Can we trace his influence in modern culture, in modern America? What transformation does he seek to bring into our souls and into our communities?

These are some of the questions we will explore in this talk and, in a series of social-artistic exercises that will be incorporated into the talk.

***PLEASE BRING YOUR JOURNAL if you have one***

2 thoughts on “Love speaks Truth in the deep rolling thunder”