5 July 2016 – ASTRO-WEATHER – The orange-colored Mars is easy to spot in the south in the evenings, the brightest object in the heavens. To the upper right of Mars shines a pair of moderately bright stars. The higher of the two stars is Zubeneschamali, & the lower one, Zubenelgenubi, Arabic names meaning the “northern claw” & “southern claw” of the Scorpion. 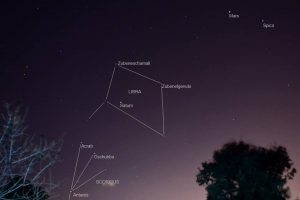 283 BC – Deathday of Demetrius I of Macedon

815 BC – Birthday of Saints Cyril & Methodius – Brothers credited with devising the Glagolitic alphabet, the first alphabet used to transcribe Old Church Slavonic, venerated with the title of “equal-to-apostles”. In 867, Pope Nicholas I (an earlier incarnation of Helmuth von Moltke, who died 100 years ago on June 18th) invited the brothers to Rome.

815 BC – Deathday of Hoseas, one of the Twelve Prophets of the Old Testament. Hosea is often seen as a “prophet of doom”, but underneath his message of destruction is a promise of restoration. The Talmud claims that he was the greatest prophet of his generation. The period of Hosea’s ministry extended to some sixty years & he was the only prophet of Israel of his time who left any written prophecy

1811 – Independence Day for Venezuela from Spain

1817 – Birthday of Carl Vogt a German scientist, philosopher & politician who published a number of notable works on zoology, geology & physiology,  rejecting the beliefs of Darwin

1892 – Andrew Beard was issued a patent for the rotary engine

1935 – The National Labor Relations Act, which governs labor relations in the United States, is signed into law by President Franklin D. Roosevelt

1962 – Independence Day for Algeria from France

1971 –The 26th Amendment lowering the voting age from 21 to 18 years, is formally certified by President Richard Nixon 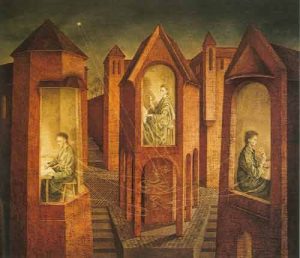 “I bear within me what has been

I feel within me what is becoming

In willing, I carry both toward the future

Faith looks upon what has been

And is founded upon truth

Trust looks upon what will be

And is founded upon hope 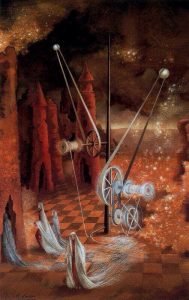 More thoughts gleaned from The “School of the Sounds”

During the Arcturus Summer Intensive “The Stars once Spoke”, Kim Snyder-Vine pointed out that no one had ever specifically asked Rudolf Steiner about the curative aspects of Speech Formation. Of course there is a connection with curative Eurythmy. And so I have decided it is about time to tune into Herr Dr. & experiment on myself by working with sound.

Many of you may know that I was recently diagnosed with a deformity in my spine which may have been there since birth, but has now become an issue. Yesterday I woke up with the thought that doing U would be helpful for my condition, so I will incorporate this sounding into my daily routine & keep you posted on this.

I am also feeling called to do something to activate & strengthen my memory.

Rudolf Steiner speaks about training our memory: “If we keep in mind the 3 basic principles:

Then we have the three golden rules for educating our memory.” ~A modern Art of Education

This made me think, that memory has to do with the element of movement in us, the process in the etheric body that preserves the experiences & thoughts that have imprinted themselves in us. To ‘learn it by heart’ we need to set up a rhythm that enlivens the dead world of concepts.

The gift of the 3 pre-earthly deeds of Christ that form our humanness – the source of walking, speaking, thinking, must be taken hold of consciously as adults or they will vanish.

To re-awaken the awareness that speech moves on the breath, & in the pulsation of the blood, rouses elemental weaving  within us, as we walk & talk & think. Fully conscious repletion cultivates the will, building resolve. As an added bonus, Joy arises in me as an inner movement when I recite poetry, or sing, which refreshes my soul.

The central nervous system, which mirrors thoughts, is the one related to the etheric body. The spinal nervous system is the home of the astral body & the solar plexus is related to the ‘I’. The astral body, the light-bearing part of the soul, works thru the etheric body into the physical. The Logos lives as light in the astral body, & spoken word, (as well as singing, I would think) has its seat there. So speech practice accompanied by movement (especially walking with the swinging of the arms etc) can nourish & awaken the forces of thinking & remembering, because the breath is stimulated too, & the primary source of healing is found in the breath.

Let’s see where this takes us tomorrow

7 thoughts on “Toward the Future”