If you ever thought the Sun’s distance controlled temperatures here on Earth, today should convince you otherwise. Earth reaches aphelion- its most distant point from the Sun at noon CDT. The Northern Hemisphere’s warm temperatures at this time of year arise because the Sun passes nearly overhead at noon; during winter, the Sun hangs low in the sky

Today at 3:49pm CDT, the dwarf planet Pluto comes to opposition– That’s when we on Earth pass more or less between the Sun & Pluto, placing this distant world opposite the Sun in our sky

Also today: The ‘Juno probe’ is scheduled to enter orbit around Jupiter after a nearly five-year trek through deep space

1054 – A supernova, called SN 1054, is seen by Chinese Song dynasty, Arab, & Amerindian observers near the star Zeta Tauri. For several months it remains bright enough to be seen during the day. Its remnants form the Crab Nebula 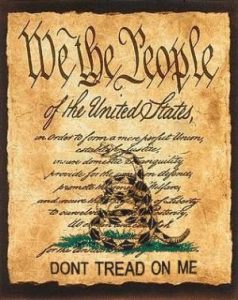 1776 – American Revolution: The United States Declaration of Independence is adopted by the Second Continental Congress

1855 – In Brooklyn, New York City, the first edition of Walt Whitman‘s book of poems, Leaves of Grass, is published 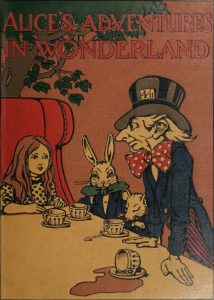 1863 – American Civil War: The Army of Northern Virginia withdraws from the battlefield after losing the Battle of Gettysburg, signaling an end to the Southern invasion of the North 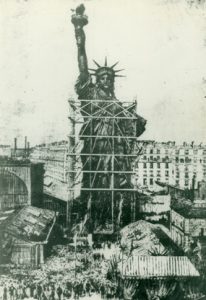 1914 – The funeral of Archduke Franz Ferdinand & his wife Sophie takes place in Vienna, six days after their assassinations in Sarajevo

1941 – World War II: The Burning of the Riga synagogues with 300 Jews locked in the basement 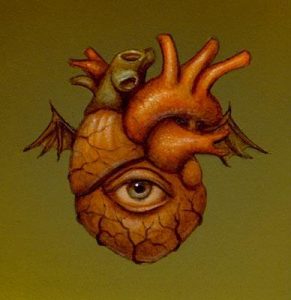 A heart of ruby-red

& dark as murder on a Holy Day…

Mine is a heart of emerald,

Of a rosewood bursting with thorns

& bright blossoms in the Sun… 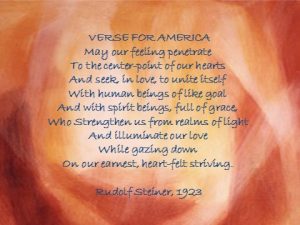 What opportunities open for us today with a New moon on The 4th of July…?

As the power of ‘The 4th ’ Reverberates in our Collective Consciousness –
Let’s Imagine Peace – Think Love & Activate Understanding – all the while envisioning that the “bombs bursting in air” are beautiful, gentle fireworks of Realization & Enlightenment, going off like light bulbs in American minds – Working towards a Global Inter-dependence Independence Day. A mutual dependency upon the independence of every nation & its people – Imagine everyone celebrating our differences with great admiration & respect…

Every July 4th I think of Betsy Ross; remember her?
I admire this enterprising woman, who led a very interesting life. She was actually disowned as a Quaker because she married an Episcopalian, who was later ironically killed while guarding a munitions dump.

So here she was this young widow, telling George Washington that she thought the 5 pointed-star would look much better on the flag then his idea of having 6- pointed stars – true story. I can just picture her sitting in the back room of the small upholstery business she ran by herself, with this mighty symbol, that she helped design, laid out on her sweet lap, sewing away.

Now I’m not much for nationalism with all its borders & power over others kind of patriotism, but I will admit that I love to see a well-made flag flapping in the breeze. All flags are cool – family crests with their ancient symbols, & especially those colorful banners you see on porches, shaped like butterflies or autumn leaves. I’m just a sucker for a glyph in the wind, but that doesn’t mean I don’t enjoy a good flag burning – now don’t get me wrong I love America – I just think fire rituals are very powerful & impacting.

As a matter of fact, at the BBQ I went to on The 4th a few years ago, the wind blew the table cloth decorated with American flags into a candle where it caught fire & I was the 1st (& only one) to shout, Woo-hoo!  Yeah, burn the flag, burn the flag…I don’t think the Ginsberg’s totally get my sense of the dramatic…but I digress…

We all know what we’re talking about when we say ‘The 4th’ right – But when was the last time you stopped to think about what ‘The 4th’ is really all about. When I looked it up on the internet it gave me hit after hit on picnic ideas, & recipes for apple pie, hints on BBQ techniques, free patriotic screen savers, many downloadable versions of the “rockets’ red glare” with animated fireworks displays; & yet somehow they forgot to mention the fact that fireworks were a Chinese invention, an ancient art form that we took & made into gun powder. I’m serious, is baseball & burnt weiners all there is?

Does anyone want to give us some history here, or a brief overview of the meaning of Independence Day? I was never much good with all the details, the dates & names & such, exoteric history isn’t my strong point, but I’m always able to get the big picture, & it seems to me that The 4th is about freedom from oppression – ‘No taxation without representation’ & all that – The center point being the Declaration of Independence. When was the last time you read this important document of our countries origin? You can print it off the net.

“We hold these truths to be self-evident, that all people are created equal, that they are endowed by their Creator with certain unalienable Rights, that among these are, Life, Liberty and the pursuit of Happiness…”

Now before we all jump up & start pledging allegiance here, let’s remember that these ‘founding fathers’ with all their Masonic symbolism & righteousness, denied women the right to vote, & considered the Native American people to be “savages”. There is a direct reference to them as such in the document itself, & they felt justified in the systematic genocide of these highly spiritual people in the name of gentrifying the frontier. And of course most of these men were slave owners, participating in the unjustifiable atrocity of buying & selling human beings, virtually destroying the royal kingdom of the African people, employing many hideous human rights violations, enslaving them, raping, beating or working them to death. Can these sickening offences ever truly be rectified? Such a bitter legacy to add to our melting pot.

The rest of the document goes on to give a laundry list of the crimes against the colonists by the king of Great Britain, whose name happens to be George the 3rd…! Who says history doesn’t repeat itself, many of these same crimes were perpetrated not so long ago by George Bush & his dynasty.

Have we gained independence from one tyranny all those years ago, only to allow it to happen again on a world scale? Having come through so much pain in the birth of our nation, it is now time to let go of the nationalism, so we can come to true Freedom…We must open our eyes to read the fine print of our birthright as human beings, reclaiming our rights to go forward as a united community of world people, in peaceful justice, in equity, with common sense & reason, with compassion…We need to, not just declare our independence, but our Inter-dependence.

We have a strong voice…this is our world…our sacred space & we can sing any reality we want to! And I don’t know about you, but I’d rather sing ‘America the beautiful’, or even something like, ‘”My Country, ‘Tis of Thee”, then the war worshiping ‘Star Spangled Banner’ any day…

So for our next song, I’ll get off the soap box, & let the power of the united rhythm in our collective heart-beat, be our anthem – to bring healing & forgiveness to the old wounds…& hope for the future… 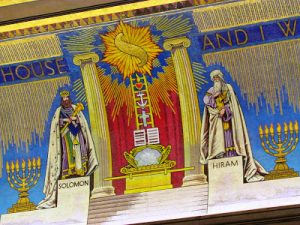 “We can rise with the fire of freedom

Truth is the fire that burns our chains

& we can stop the fire of destruction

Healing is the fire running through our veins.”

4 thoughts on “We the People…”