18 December 2018 –“Speaking with the Stars”: The waxing gibbous Moon shines in the east this evening, with the Pleiades to Her left & orange Aldebaran to her lower left. To the right of Bella Luna is orange Alpha Ceti.

“History is the essence of innumerable biographies.” ~Thomas Carlyle, “On History” (1830) 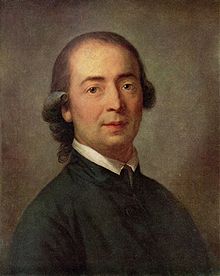 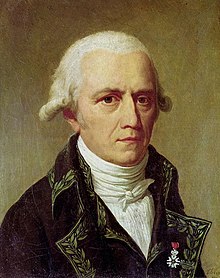 1829 – Deathday of Jean-Baptiste Lamarck, biologist, & academic – an early proponent of the idea that evolution occurred & proceeded in accordance with natural laws. He gave the term biology a broader meaning by coining the term for special sciences, chemistry, meteorology, geology, & botany-zoology

1865 – US Secretary of State William Seward proclaims the adoption of the Thirteenth Amendment, prohibiting slavery throughout the USA

1878 – Birthday of Joseph Stalin, 4th Premier of the Soviet Union

1972 – Vietnam War: President Richard Nixon announces that the United States will engage North Vietnam in Operation Linebacker II, a series of Christmas bombings, after peace talks collapsed with North Vietnam on the 13th

1990 – International Convention on the Protection of the Rights of All Migrant Workers & Members of Their Families is adopted.

~I’ve known that tempting feast of death when
While darkness filled the mind, the heart cried out –
Let us listen & hear…
I know when the eye of truth is plucked
From the head, only the blood
Of rage remains –
Can we make the change
To heal the Comforter?
Come & call forth with me
A bright secret veiled in black cloth –
A heart-light beyond heaven
Which is the light within
Re-kindled through sacrifice…
~hag

Hung with the frozen veils of winter, the Sun daily wanes. Soon the centaur of Sagittarius will hand the reigns over to the scorpion – a catalyst for the transformation into the longest night of the Winter Solstice. In this time of the dark before the dawn, the image of the centaur stands before us like the forces of gravity seeking to pull the human being down. It speaks to the danger inherent in this final chapter of Advent, reflecting Herod’s fearful animal instinct to preserve himself by the killing the innocents. This evil act precedes the birth of the light.

Yet ancient myths tell of the hidden wisdom of the centaur. They speak of the struggle of the hero to overcome the bondage of the animalistic drive. It is the eternal drama that plays out in the depths of the human soul.

Inspired by this struggle Goethe has his character Faust carried thru the night on the back of Chiron the centaur, past the turbulent waters of the Peneios, to seek out the secluded sanctuary of wise Manto, who is to show Faust the way to Helena, the lost archetypal image of the divine feminine. Faust praises Chiron as a doctor & tutor.

The riddle of this strange contradiction of the centaur – the wildness & wisdom living so close together, is rooted in the tragedy of human incarnation. On the way to becoming human we had to be bound to the forces of our animal nature which have attached us for so long to the lower materiality, until we can find our way to liberation. The truth hidden behind the consumerism of Christmas, the mystery of the incarnation of Christ holds the key to this healing of the human being.

24 December 2018, 7 pm – 9 pm – “…When the Two Become One…” The Mystery of the Two Jesus Children: Part 1 –“The Greatest Story Ever Told” – Renaissance Art & Discourse with Hazel Archer Ginsberg

31 Dec. Our Annual NYE Gathering 8 pm – 1 am – In Elderberries 4251 N. Lincoln Ave. Folk Dancing with Jutta & the Hi-Dukes, Crafting, Lead Casting, Biography Work, ‘Out with the Old’ Ceremony, Labyrinth Walk, Please bring food & drink to Share. $20 or pay what you can (½ goes to the band ½  to the artists)

Lecture with Renaissance art collages & a group reading to explore the mystery of Luke’s Gospel of Love & Compassion.

6 Jan. Epiphany 2 pm – 4 pm – “…When the Two Become One…” The Mystery of the Two Jesus Children: Part 2 –The ‘Zarathustra Jesus’ & the 3 Magi.  Renaissance Art &Discourse with Hazel Archer Ginsberg  + Storytelling with Ann Burfiend

Check out our Web site!  (Anthroposophical Society in America)