20 September 2018 – “Speaking with the Stars”: The yellow-orange point to the right of Bella Luna this evening is Mars. Once night is fully dark, look for Fomalhaut, the Autumn Star, rising about three fists to the Moon’s lower left.

Mercury reaches superior conjunction at 9 pm CDT. This means the innermost planet lies on the opposite side of the Sun from Earth & remains hidden in our Day Star’s glare. It will return to view in the evening sky, though just barely, in late October. 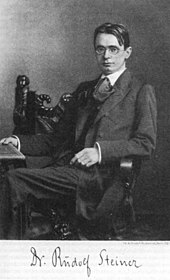 Looking at the past to see the present, co-creating the future:

“History, historical life, will only be seen in the right light when a true consciousness of the connection of the so-called living with the so-called dead can be developed” – The Living and the Dead by Rudolf Steiner, Berlin, 5th February, 1918 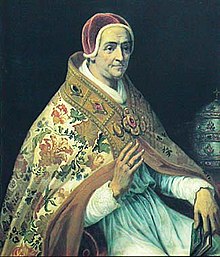 1378 – Cardinal Robert of Geneva, called by some the “Butcher of Cesena“, is elected as Pope Clement VII, beginning the Papal schism. He was the 1st antipope residing in Avignon, France

1498 – The 1498 Nankai earthquake generates a tsunami that washes away the building housing the statue of the Great Buddha at Kōtoku-in in Kamakura, Kanagawa, Japan. Over 10,000 die

1737 – The Walking Purchase– between the Penn family, the proprietors of Pennsylvania, & the Lenape Tribe (also known as the Delaware). This document may have been an unsigned, unratified treaty, or even an outright forgery (Encyclopædia Britannica refers to it as a “land swindle”. The Penns’ agents began selling land, an area of 1,200,000 acres, in the Lehigh Valley to colonists while the Lenape still inhabited the area

1913 – The laying of the Foundation Stone of the 1st Goetheanum

1913 – Founding of the Moscow Branch of the Anthroposophical Society

1933 – Deathday of Annie Besant. In 1890 Besant met Helena Blavatsky. She became a member of the Theosophical Society & a prominent lecturer. She established the first overseas Lodge of the International Order of Co-Freemasonry, Le Droit Humain. Over the next few years she established lodges in many parts of the British Empire. In 1907 she became president of the Theosophical Society, whose international headquarters were in Adyar, Madras. She also became involved in politics in India, joining the Indian National Congress. When World War I broke out in 1914, she helped launch the Home Rule League to campaign for democracy in India. This led to her election as president of the India National Congress. In the late 1920s, Besant travelled to the United States with her protégé & adopted son Jiddu Krishnamurti, whom she claimed was the new Messiah & incarnation of Buddha. Krishnamurti rejected these claims in 1929. She is thought to be the reincarnation of Giordano Bruno

1942 – Holocaust in Letychiv, Ukraine. In the course of two days the German SS murders at least 3,000 Jews

~i sing the rain
in fresh contemplation
of change…

Today I begin a series on Michaelmas.

MICHAELMAS AND THE SOUL-FORCES OF MAN By RUDOLF STEINER

a Summary by Hazel Archer Ginsberg

Lecture 1. How can humanity, the earth citizen, become once more a citizen of the cosmos? The expansion of life’s horizon into cosmic reaches brings the human being into the picture of Michael’s Conflict with the Dragon.

The Dragon is not found in the sense world. Where is he? The dragon lives within the human being. “…the outer cosmic conflict of Michael and the Dragon was transferred to the inner human being, because only in human nature could the Dragon now find his sphere of action.”

Because of that Michael now works with us to fight the dragon within human nature.

Steiner gives this picture of the dragon writhing around the animalistic part of humanity, even coiling around the heart; but then — behind us, at the back of the head — the outer cosmic figure of Michael, towering, radiant, retaining his cosmic nature but reflecting it in the higher human nature, so that our etheric body reflects etherically the cosmic figure of Michael. Then there would be visible in the human head — but working down into the heart — the power of Michael, crushing the Dragon and causing blood to flow down from the heart to the limbs.” So we can put our will into action

“…. In the intellect we are isolated from the world, because everyone has their own head, and in that head, their own thoughts. But In our Gemüt we cannot do that, the Gemüt is not dependent upon the head, but on the rhythmic system, bringing us back to where we belong, as a being in the cosmos.”

The Gemüt, as meaning something like: ‘the mind warmed by a loving heart and stimulated by the soul’s imaginative power’.

“…So with our Gemüt we can say: The power of the Dragon is working within me, I might not see it — but I can feel it as a force that wants to drag me down below myself. But in the spirit I see the luminous Angel whose cosmic task has always been the vanquishing of the Dragon. I concentrate my Gemüt upon this glowing figure, I let its light stream into my Gemüt, so that my illumined and warmed Gemüt will bear within it the strength of Michael. And out of a free resolution I will be able, through my alliance with Michael, to conquer the Dragon’s might in my own lower nature.”

“…this activated Gemüt enters into a living relationship with the whole cosmos the moment it indeed comes to life.

Life will not have a true soul content until we can develop cosmic impulses in our Gemüt.”

Tomorrow I will bring my summary of lecture 2

at 7 pm with Ann Burfeind

Checking in on our local Anthroposophical Initiatives:

Are you a Waldorf Teacher, Branch Member, Christian Community Member, In the Arcturus Teacher Training, Involved with Anthroposophical Medicine, or Bio-Dynamics, Interested in serving the Being of Chicago…? Please come & bring a report, of the new school, or your Spiritual Scientific research…ETC…

All in the spirit of Michaelmas